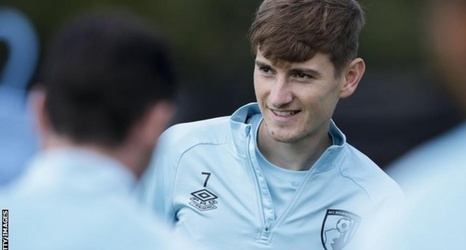 Bournemouth and Wales midfielder David Brooks says his cancer treatment is making good progress and his outlook is "promising and positive".

Writing on Twitter, the former Sheffield United player said he is now at the halfway stage of his treatment.

He also thanked those who got in touch following his announcement of the diagnosis, saying he was "overwhelmed by the incredible support".

"The progress is good and the outlook is promising and positive," Brooks said.

"I'm keeping in touch with everyone at Bournemouth and the [Wales] national team and looking forward to an exciting finish to the season for club and country.