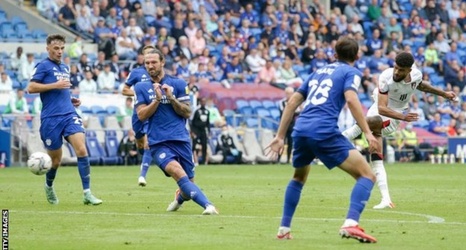 Bournemouth moved to the top of the Championship as Philip Billing's second-half strike gave them victory over Cardiff City.

After a quiet first half with few chances for either side, the game opened up after the break, with Denmark midfielder Billing at the centre of everything.

With 54 minutes played, Adam Smith drove into the Cardiff half before squaring to Billing on the edge of area. The former Huddersfield man drove his effort into the bottom corner, leaving Dillon Phillips rooted to the spot.

The Bluebirds showed glimpses of attacking intent late on, with substitute James Collins heading an effort over before strong appeals for a penalty when Kieffer Moore took a tumble in the box.