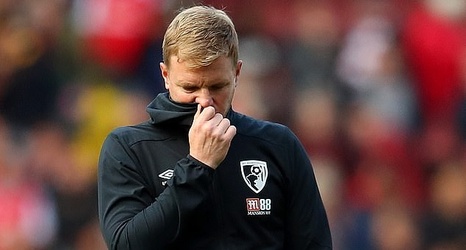 There was no joke and, as the club themselves admitted, 'no script for moments like this'. Instead, only 'far more questions than answers'.

On April 1, Bournemouth confirmed that manager Eddie Howe and other members of the club hierarchy had taken 'significant' pay cuts to help curb the costs of coronavirus.

For many, the unprecedented step only reinforced what they thought: that the Bournemouth boss was one of football's good guys. His decision spoke to more than character, though. This was the latest evidence that even the behemoth of the Premier League was not immune to this pandemic.