Bournemouth are back up to second in the Championship as Dominic Solanke nets his 20th goal of the season in win over Birmingham... while Nottingham Forest maintain their good form to move into the play-off places 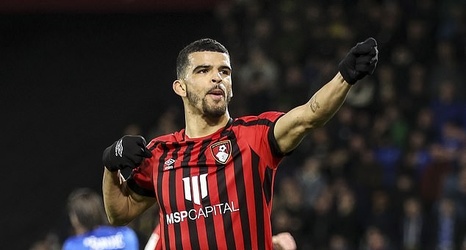 Dominic Solanke scored his 20th goal of the season to help 10-man Bournemouth move back into second place in the Sky Bet Championship with an incident-packed 3-1 win at home to Birmingham.

Ryan Christie and Jaidon Anthony were also on the scoresheet as the Cherries made amends for Sunday's shock FA Cup defeat at home to non-league Boreham Wood.

The hosts had Colombian midfielder Jefferson Lerma sent off in the second half two minutes before Onel Hernandez briefly made it 2-1.

Bournemouth are back up into the automatic promotion spots thanks to Blackburn being beaten 2-0 at Ewood Park by Nottingham Forest, who are now in the play-off places.