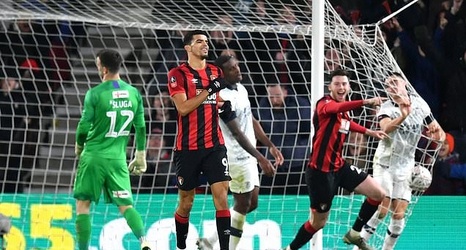 Philip Billing scored either side of half-time as Bournemouth cruised to a 4-0 FA Cup third round victory over Championship Luton.

The midfielder opened the scoring on eight minutes with an ungainly volley, but Luton had the opportunity to equalise in first-half stoppage time when Alan Sheehan scuffed onto the crossbar.

Substitute Callum Wilson scored with his first touch on 67 minutes and Billing added a defelected third on 79 minutes. Dom Solanke finally ended his goalscoring drought in the closing stages.