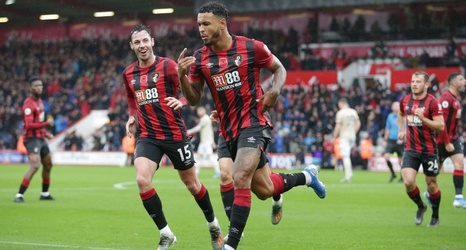 The striker chested down the ball in the visitors' box before flicking it over the head of United defender Aaron Wan-Bissaka and volleying under goalkeeper David de Gea.

Bournemouth were the slicker side for much of the second half and De Gea was forced to prevent Harry Wilson from doubling the Cherries' lead on 74 minutes, stretching to tip the Liverpool loanee's shot around the post.

United went close through substitute Mason Greenwood with 10 minutes remaining as they increased the pressure, but they were unable to find an equaliser as Eddie Howe's players earned a first victory since Sept.