Who should Boston Red Sox fans root for in 2020 World Series? 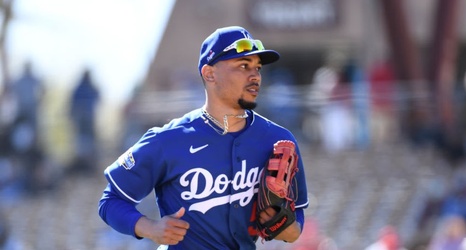 GLENDALE, ARIZONA - FEBRUARY 26: Mookie Betts #50 of the Los Angeles Dodgers runs back to the dugout from right field during a spring training game against the Los Angeles Angels at Camelback Ranch on February 26, 2020 in Glendale, Arizona. (Photo by Norm Hall/Getty Images)

Debating which side Red Sox fans should root for in the World Series.

The Boston Red Sox never came close to sniffing the postseason this year, let alone the World Series. If you’re a baseball fan, you’re probably going to tune in for the Fall Classic anyway. With the Tampa Bay Rays and Los Angeles Dodgers both having several connections to the Red Sox, there are reasons for fans to root for and against each side.