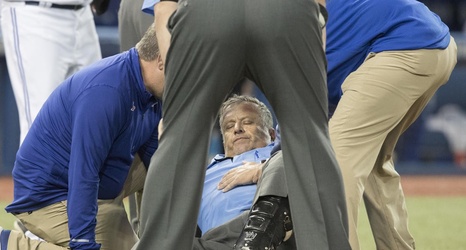 TORONTO — The Toronto Blue Jays and Baltimore Orioles got a bit of a scare Friday night — from home plate umpire Dale Scott.

Scott sustained a concussion when he was hit in the face mask by a foul tip from Baltimore slugger Mark Trumbo, casting a shadow over the Orioles' 6-4 victory over the sputtering Blue Jays.