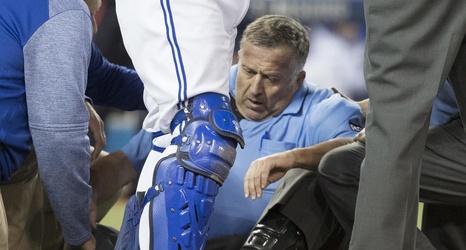 Plate umpire Dale Scott was out of the hospital early Saturday, hours after sustaining a concussion when he was hit in the mask by a foul tip from Baltimore slugger Mark Trumbo during a game in Toronto.

Scott told The Associated Press by text that he was feeling OK and that the results of a CT scan were normal.

The veteran crew chief left the field on a spinal board in the eighth inning after being struck Friday night. He was taken to Mount Sinai Hospital.

Scott recoiled after the ball struck the bottom of his mask and knocked it off, staggering backward before going down on one knee.