Trevor Kelley claimed off waivers by the Phillies 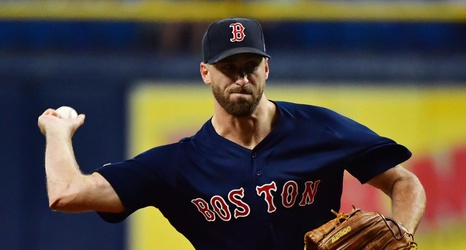 The moves are coming fast and furious today. First, the Red Sox decided to tender a contract to Jackie Bradley Jr. (reportedly, at least. As of this writing nothing is official). Then, they traded Sandy León for minor-league pitcher Adenys Bautista. This was essentially a non-tender in which they got a very, very minor piece in return. Then, Monday afternoon it was announced that Trevor Kelley had been claimed off waivers by the Philadelphia Phillies.

It had not been announced whenever Trevor Kelley was placed on waivers, but this is a time of year in which teams try to sneak moves like this through.