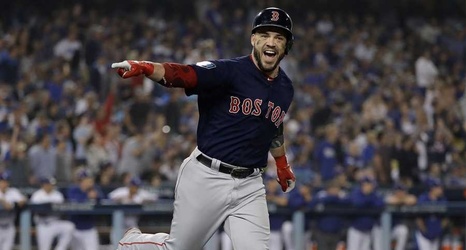 Steve Pearce, MVP of the 2018 World Series, has retired, after 13 seasons.

It has been a good run. I have 10 years [of MLB service time] in there. Right now, I am officially retired.

Pearce debuted with the Pirates and spent time with the Astros, as well as all five American League East teams (the sixth player to do so).