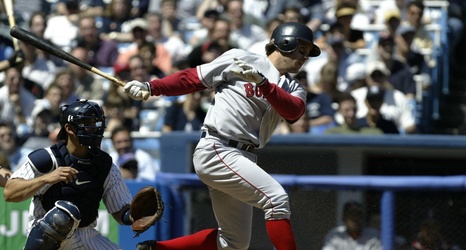 The postseason stage is where legends are born. Everything is magnified under the bright lights of October when a championship is on the line. It’s hard to fly under the radar when you come through in the playoffs yet Mark Bellhorn somehow doesn’t get enough credit for his production during the Boston Red Sox 2004 postseason run.

The Red Sox have been the most successful team of the 21st century with four World Series titles so we almost forget that this franchise suffered through an 86-year title drought. A special place is reserved in the hearts of Red Sox Nation for the ’04 championship team that reversed the curse.