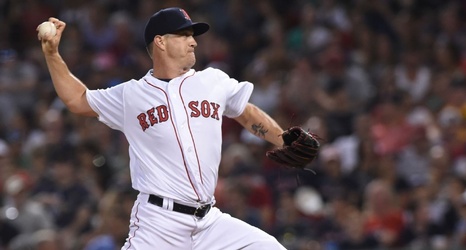 BOSTON -- The Red Sox have placed knuckleballer Steven Wright on the 10-day injured list with a bruised right foot a day after he was hit with a line drive by Dodgers infielder Max Muncy.

The move was made before Sunday night's series finale against Los Angeles at Fenway Park.

With Wright being placed on the IL, Boston added right-hander Andrew Cashner to the active roster.

The Red Sox acquired the 32-year-old Cashner from Baltimore on Saturday for two minor leaguers. He's expected to make his first start for Boston on Tuesday in Fenway against Toronto.