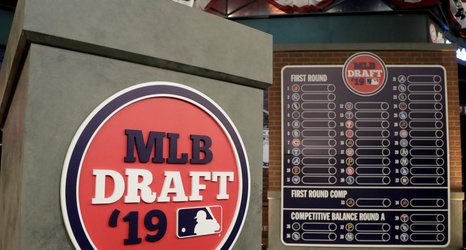 Navy senior pitcher Noah Song made a lot of history this season in Annapolis, Maryland. The 6-foot-4 right-hander from Claremont, California, set six program records, including for most career wins (32) and strikeouts (428), led the nation with 161 strikeouts this season and became the Naval Academy’s first player to be named first-team All-American by Collegiate Baseball.

On Tuesday, Song added another highlight to his already sterling resume: The Boston Red Sox drafted him No. 137 overall, the final selection of the fourth round, making Song the highest first-year MLB draft selection in the Naval Academy’s history – by a long shot.