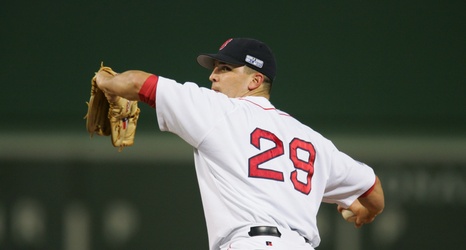 Everyone remembers the Dave Roberts steal. The pivotal moment put the tying run in scoring position in the ninth inning of Game 4 of the 2004 ALCS, igniting the epic comeback that vanquished the New York Yankees and led to the end of an 86-year title drought. That moment will forever be ingrained in our memories but the Boston Red Sox wouldn’t have been in that position without the heroics of Keith Foulke.

The Red Sox had their backs against the walls trailing by a run in the seventh inning. Mike Timlin had coughed up the lead in the previous frame but stayed on the mound to face the first two batters in the seventh.