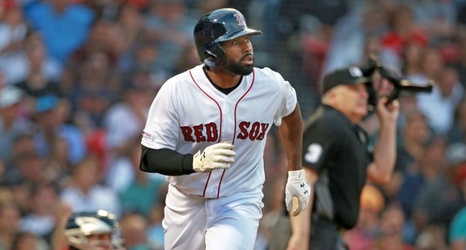 SAN DIEGO — A major league source said the Red Sox discussed a trade that would send Jackie Bradley Jr. to the Mets but talks broke down before New York turned to Houston and obtained outfielder Jake Marisnick last week for two low-level prospects.

Marisnick is projected to make $3 million in arbitration and Bradley $11 million. That contributed to the negotiations ultimately being fruitless.

The Sox are aggressively seeking a trade partner for Bradley, their center fielder the last four seasons, to trim their payroll.