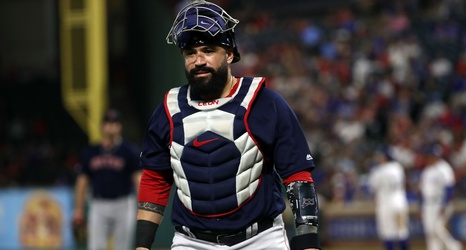 Sandy Leon was expected to be a payroll casualty but the Boston Red Sox managed to get something for him rather than letting him go for nothing.

The veteran catcher was a non-tender candidate. His anemic bat and limited backup role weren’t valuable enough to be worth the $2.8 million he’s projected to earn in arbitration. With the Red Sox aiming to slash payroll this winter, letting Leon go was an easy way to trim salary from the budget.