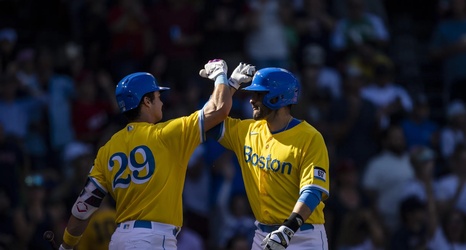 The Red Sox offense was intent on a sweep this weekend. There were a couple of bad innings for Boston’s pitchers in this game that allowed Baltimore to keep the day interesting throughout, and one of them included an injury to Garrett Whitlock that could certainly have implications beyond this game. But the good news is the offense just kept coming in this game. Most notably they came through with a huge three-run seventh to regain a lead they had just lost, and it was enough to give them a sweep and five straight wins overall.