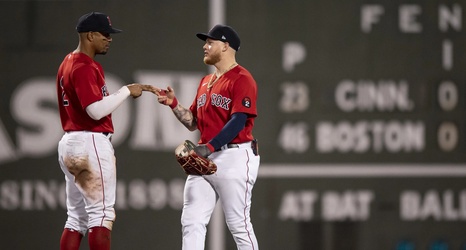 Garrett Whitlock made his eighth start of the season for the Red Sox, entering the game at 1-1 with a 3.49 ERA. The Sox got their first look at right-handed rookie flamethrower Hunter Greene, who entered the night with a 2-6 record, 5.89 ERA, and a National League-leading 15 home runs allowed.

The first three innings saw both young pitchers at their best, each throwing up efficient zeroes. Whitlock faced the minimum through three innings, allowing a one-out single in both the first and second innings and then erasing them both with an inning-ending double play. He threw seven, nine, and nine pitches, respectively, in the three innings.