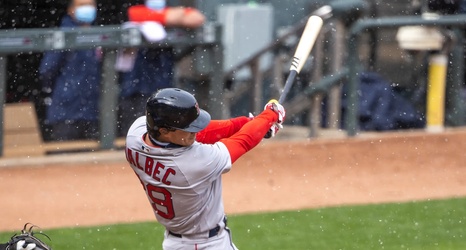 This was a strange day at the ballpark out in Minnesota, with weather conditions we associate with Patriots games, not Red Sox. Snow was coming down for the first half of the day, and temperatures in the 30s were the coldest the Red Sox have played in at first pitch since 1979. The weather seemed to affect everyone, with pitchers struggling a bit with command and the ball not carrying. The weather stabalized as the day went on, and the Red Sox offense started to come through late. A Hunter Renfroe homer broke them out of the rut and then Bobby Dalbec drove in two more to lead the way to consecutive win number seven.