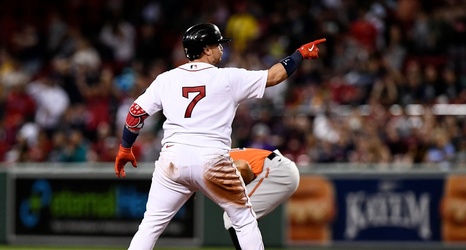 In the second game of their doubleheader against the Orioles, the Red Sox sat Xander Bogaerts and J.D. Martinez and their absences became more glaringly obvious as the night wore on. Their abilities would have been particularly helpful with men on base for the Red Sox, who stranded eight runners in a 4-1 loss to Baltimore on Saturday night.

The Orioles started a rookie and reached deep into their bullpen to rotate arms in and the Sox found little success against any of them. Boston managed just two runs on nine hits and a three-run bomb from a guy hitting .