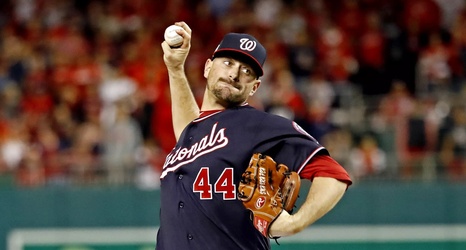 Everybody loves a good comeback story and Daniel Hudson most certainly fits that mold. He went from being cut by the Angels last March to recording a scoreless, World Series-clinching ninth inning for the Nationals in October that included strikeouts of Jose Altuve and Michael Brantley. After signing a $1 million minor-league deal last offseason, the 32-year-old free agent is expected to garner significant interest this offseason. MLB Trade Rumors is predicting that he will sign a two-year, $12 million deal. When it comes to trustworthy relievers, $6 million per year seems like a small price to pay and it’s an investment the Red Sox should consider making.