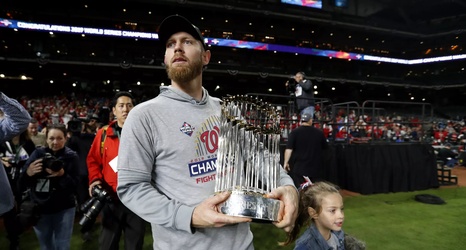 As we headed into the Winter Meetings, which got underway yesterday, the assumption was that Gerrit Cole would be the first ace to sign. There were rumors swirling about offers being prepared and, if they were good, indications that a signing could happen quickly. It followed that Stephen Strasburg, then, would wait to see what his fellow Scott Boras client received and go from there. Wrong! Strasburg was the one to strike first, and strike he did. The reigning World Series MVP is staying put in Washington, signing a massive seven-year, $245 million deal.