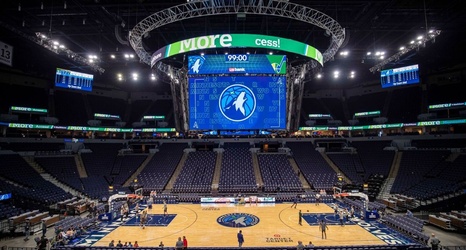 The Minnesota Timberwolves will play the visiting Brooklyn Nets at 4 p.m. ET Tuesday without fans. The rare weekday matinee tilt comes after Monday's game was postponed following the police shooting of Daunte Wright.

Wright, a 20-year-old Black man, died Sunday after a police officer shot him in the Minneapolis suburb of Brooklyn Center during a traffic stop. The Brooklyn Center police chief said the shooting was accidental, as the officer involved intended to fire a stun gun and not a handgun during a struggle with Wright. Police were trying to arrest Wright on an outstanding warrant.