Marcus Wilson claimed off waivers by the Mariners 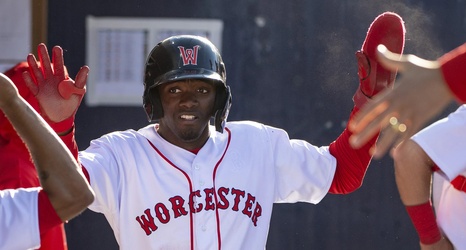 Amid the disappointing (in the eyes many fans, anyway) trade deadline transactions on Friday, the Red Sox had to clear some 40-man space, and one of the ways they did that was by designating Marcus Wilson for assignment. It had long been assumed he would be a roster casualty in some form, as the Red Sox had a glut of outfielders on something around the same developmental timeline as him, and either with more experience or more upside when you talk about his former fellow Worcester outfielders Franchy Cordero and Jarren Duran. The thought from many was that they’d be able to work out some sort of small deal for something however, because Wilson is an intriguing player.