J.D. Martinez says he’s ‘probably not’ opting out of his contract 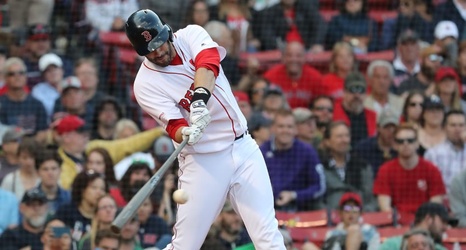 J.D. Martinez appears to be opting in to the final two years on his contract.

The Red Sox designated hitter told reporters Friday that he’s not leaning towards opting out of the final two years of a five-year, $110 million deal.

“I guess that’s up to [agent Scott Boras], but I think given the situation and everything, I’m probably not leaning that way,” Martinez said when asked about his impending opt out decision.

The final two years of Martinez’s contract are worth $38.7 million.

Martinez, who signed with the Red Sox prior to the 2018 season, made the All-Star team in his first two seasons in Boston, hitting .