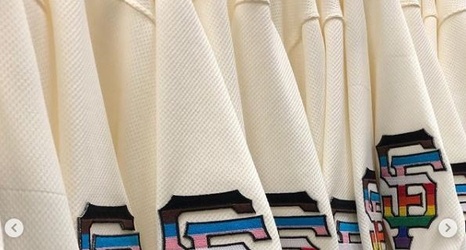 On Saturday, the San Francisco Giants wore caps with Pride colors in their logo and a Pride-colored "SF" patch on their jerseys. The on-field expression of support for LGBTQ rights was unprecedented in major league history.

Kevin Gausman, the Giants' starting pitcher: "This is a city that's really inclusive. It was fun to be a part of. I've never worn a hat like that before, so that was cool."

Every team has hosted at least one promotional day celebrating their LGBTQ fans over the past two decades — this season, only Texas does not have a Pride celebration of some kind on its schedule — but this was the first time the recognition involved the players on the field.