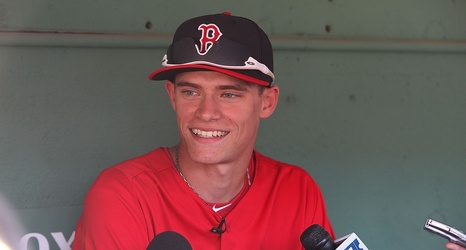 You may now add 24-year-old lefty Trey Ball to the list of Boston Red Sox first-round draft failures. This is a club that has expanded rapidly over the years and Ball now joins Jason Place (2006), Bryan Price (2008), Kolbrin Vitek (2010), Pat Light (2012) among just a few. There are far more first round picks that were busts, but a few prizes in the drafting cracker jack box also exist. Ball has decided to give up pitching and take up hitting.

Ball, the seventh pick in the 2013 draft, served his amateur apprenticeship at New Castle High School in Indiana.