Fake Sox Game 28: The lineup takes the night off 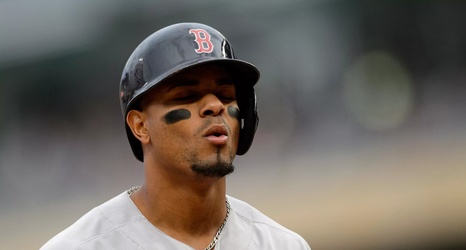 The following simulation and images are courtesy of Out of the Park Baseball 21.

Our Fake Sox are playing decent baseball right now, coming most recently off a series win against the Blue Jays and before that splitting a four-game set with Cleveland, who are one of the best teams in the league early in the year. On Friday, they started up a three-game set in Minnesota against a Twins team that is in third in their division but had won eight of their last ten coming into this game. Boston had Matt Hall on the mound while Minnesota had Blaine Hardy going, a matchup that didn’t seem conducive to a pitchers’ duel.