Demand For Robot Umps Is Getting Louder, After Dozens Of Wrong Calls In World Series 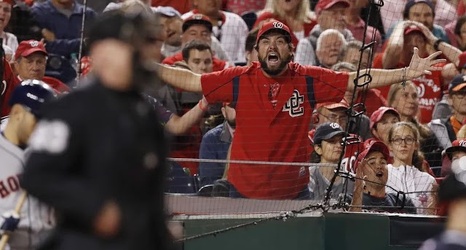 In the end, advocates of robot umps may have Lance Barksdale to thank when major league baseball finally comes to its senses and institutes an electronic strike zone.

Barksdale made several incorrect calls in the late innings of Game 5 that caused hundreds of thousands of jaws to drop in front of television screens across North America and prompted numerous online and newspaper columns about the increasing problem of games turning on obviously wrong calls. MLB Commissioner Rob Manfred needs to accelerate any plans for an electronic strike zone before an umpire's blown call directly results in one team losing the World Series.