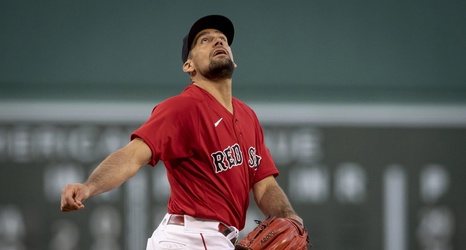 Nathan Eovaldi had an absolutely brutal night on Tuesday, tying a major-league record allowing five homers in a single inning, an extreme version of issues he’s been having all season. Dave Bush doesn’t think it’s anything to do with tipping pitches, though. (Alex Speier; Boston Globe)

The rotation should be getting some help back coming up this weekend, with Michael Wacha expected to return from the injured list on Friday, the first day he’s eligible to pitch again. (Chris Cotillo; Masslive)

Alex Cora is young enough that it’s not hard to imagine him managing in Boston for a very long time, staying in the game as long as guys like Dusty Baker and Buck Showalter.