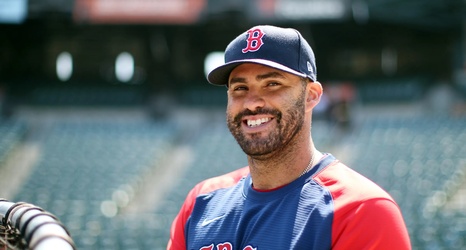 As I’m sure everyone knows by now, the Red Sox had their game on Monday postponed following another Black man being fatally shot outside Minneapolis. They were not the only sport in the area to cancel the scheduled game. (Joon Lee; ESPN)

J.D. Martinez punctuated what has been a bananas start to his season with a three-homer game on Sunday, which helped lead him to the American League Player of the Week nod. (Abigail Adams; NESN)

Martinez isn’t the only guy hitting home runs right now, as much of the lineup is scorching at the moment.