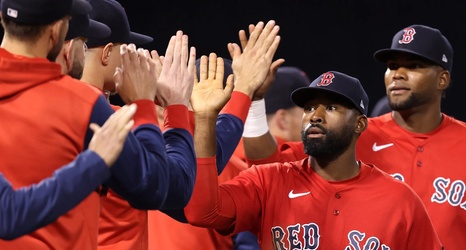 If you buy something from an SB Nation link, Vox Media may earn a commission. See our ethics statement.

For most of this season, the Red Sox haven’t really gotten much of anything at the plate from Jackie Bradley Jr. The veteran has made an adjustment recently though, and he’s starting to turn things in the right direction. (Julian McWilliams; Boston Globe)

Meanwhile, Franchy Cordero is earning a greater and greater role with each passing game, a far cry from where he was just a year ago in his first season with the organization.