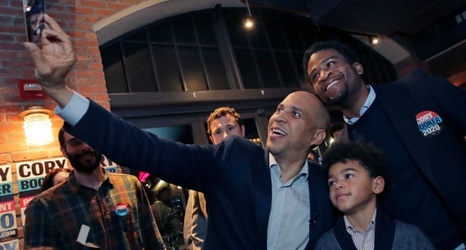 BOSTON (AP) — New Jersey Sen. Cory Booker, a Yankees fan, worked to whip up support for his presidential bid by venturing into the heart of rival Red Sox territory — a sports bar across from Fenway Park.

On Monday, Booker told backers at the fundraising event that fellow Democratic presidential hopefuls should aim higher than just trying to oust President Donald Trump in next year’s election.

“The differences between us on these debate stages are actually small compared to the gulf between us and person who’s in the White House right now,” Booker said. “This election is not a referendum on one guy in one office — it’s a referendum on who we are and who we must be to each other.