A reunion of sorts at Fenway for Chris Berman, Keith Olbermann 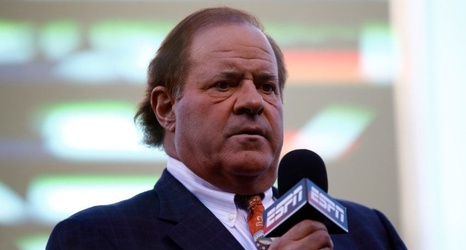 Chris Berman and Keith Olbermann go back such a long way that one of them might describe it as back, back, back. If you’re at all familiar with sports broadcasting over the last 35-plus years, you know which.

Berman and Olbermann rose to eminence during the cable television explosion in the 1980s. Berman emerged as perhaps ESPN’s most recognizable figure in its early years, while Olbermann, who spent a brief time in the ’80s at Ch. 5, ascended at CNN.

When Olbermann joined Berman at ESPN in 1992, soon teaming with Dan Patrick to set a standard of quality and humor at “SportsCenter’’ often imitated but never to be matched, they were stars in an ESPN galaxy that has never been more spectacular for sports fans.