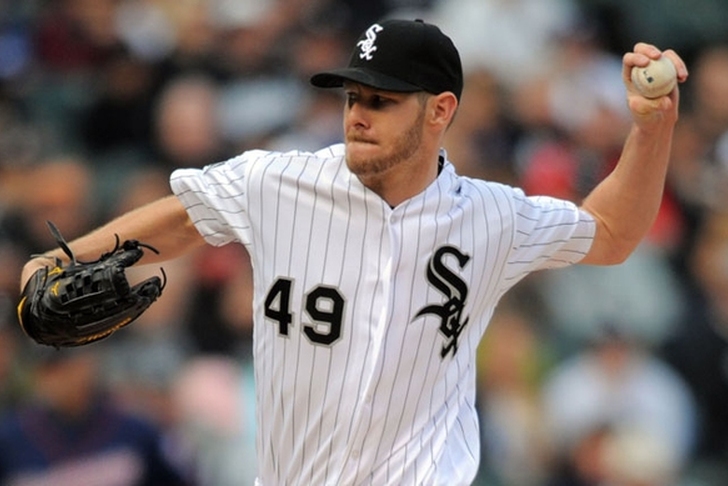 The MLB trade deadline is just hours away (4:00 pm ET), and rumors surrounding the Boston Red Sox are in full swing. They are 57-46 and hold the final Wild Card spot in the AL. The Red Sox might not make many major moves, but could complete a deal or two. With that in mind, here are the latest Red Sox trade rumors.

Boston "pushing hard" for Sale
The White Sox have made ace Chris Sale available for trade before the deadline, but they are only going to give him up for the right price. According to multiple reports, Boston is making a strong push to try to get Sale, and are the most likely destination for him if he is dealt:

The Boston #RedSox had late-night talks with the #WhiteSox about Chris Sale. If Sale is moved, #RedSox and #Dodgers are likely destinations.

red sox seem to be most heavily involved for chris sale at moment. big question: would they do both moncada & benintendi?

Red Sox targeting Beltran
Boston is also looking to add another bat to their lineup, and they are one of the three teams seriously interested in acquiring Carlos Beltran from the Yankees. New York is looking to move the 39-year-old, but they'd prefer to move him to somewhere other than Boston, according to MassLive.com's Jen McCaffrey:

The Red Sox wouldn't mind adding Carlos Beltran to their outfield mix, but, not surprisingly, the Yankees don't seem interested in helping Boston.

Jon Heyman reports that the Yankees are shopping the outfiedler and that Boston is one of the teams that has inquired about him.

However, unless they're blown away by an offer from the Red Sox, it doesn't seem like New York would willingly help Boston in its bid for the playoffs.