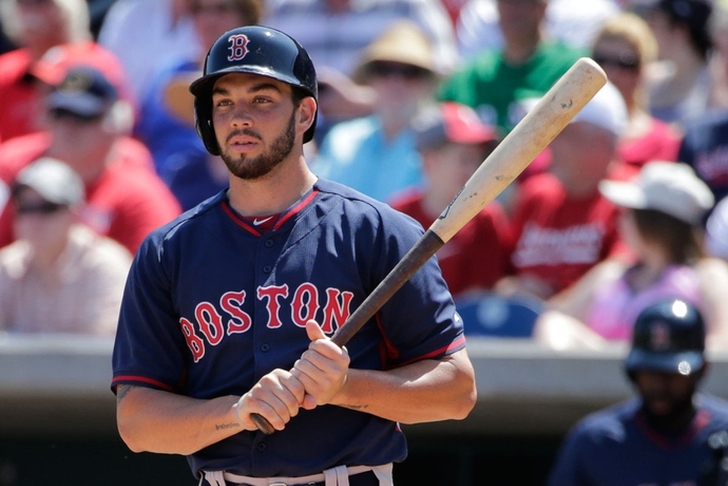 The Red Sox rumors are swirling right now with Spring Training underway. The Boston Red Sox finished the 2017 regular season with the best record in the AL East at 93-69, but need to improve considering the moves made by other American League teams this offseason. Boston has recently received offers for catcher/outfielder Blake Swihart, so will they send the 25-year-old to another team? Here are the top rumors surrounding the Red Sox that you need to know:

Missing the latest Red Sox news is like being a contact hitter that strikes out a lot. To make sure your baseball knowledge doesn't come from left field, download the Chat Sports Android App!

Blake Swihart Trade Interest
According to Sean McAdam of the Boston Sports Journal, Boston's president of baseball operations Dave Dombrowski has been "flooded with calls" asking about the availability of Swihart. Swihart is hitting .417 with a homer, eight RBI in 24 at-bats this spring,

Swihart was drafted as a catcher and the former top prospect has been turning heads this Spring and MLB teams are noticing. The Red Sox have three catchers and with Boston being in a roster crunch it may be smart to trade Swihart. Despite Swihart showcasing his skills this spring, McAdams notes in the report he doesn't think the Red Sox are willing to make a deal for him right now.

It's still unclear what the Red Sox are going to do with him, he would make a lot of sense for a bunch of rebuilding teams. However, it appears the Red Sox will hold onto Swihart despite the trade interest.

Drew Pomeranz Injury Status Update
Red Sox pitcher Drew Pomeranz was pulled from his last Grapefruit League appearance on Friday after experiencing tightness in his left forearm. On Saturday, Pomeranz underwent an MRI, which revealed a minor flexor strain, but no structural damage.

Pomeranz started throwing again on Wednesday. If he doesn't suffer any setbacks, he could be ready for the first week of the regular season.