Red Sox Rumors: Koji Uehara To Be Traded Before The Deadline? 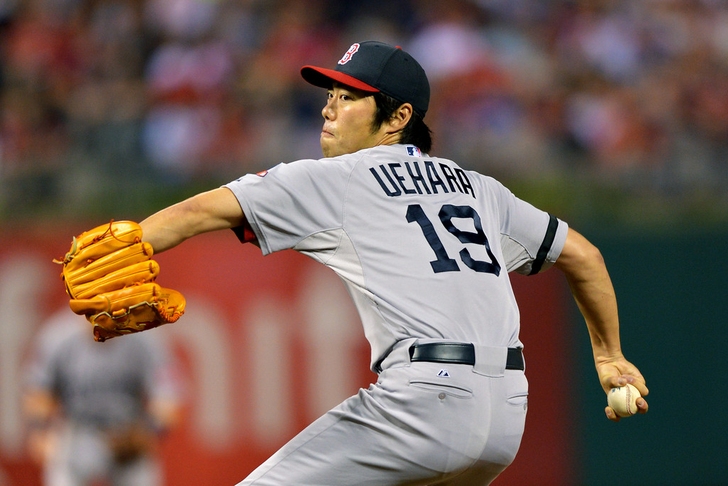 There's contention amongst Boston Red Sox fans about the debate of whether or not the team will be buyers or sellers at the trade deadline with the team sitting in the cellar of an extremely winnable AL East with under four weeks to go.

If the Red Sox do indeed look to pawn off some of their most valuable trade chips, one name that could be on the move is closer Koji Uehara.

"If the Red Sox don’t get back in the race, they will have a good market for Uehara," Nick Cafardo of the Boston Globe writes. “Nobody knows what the Red Sox are going to do because they don’t know what they’re going to do,” said one NL executive. “They’ve got a few players teams would want.”

Uehara has been extremely productive and efficient since returning from a hamstring injury in mid-April, posting a 2.79 ERA and 0.90 WHIP in 32 appearances while converting on 18 of 20 save attempts.

What exactly the Red Sox would look for in return for Uehara is still a matter of speculation, but his age (40) and remaining compensation (the rest of his $9 million for this year and $9 million for next) could drive his value down just a bit.