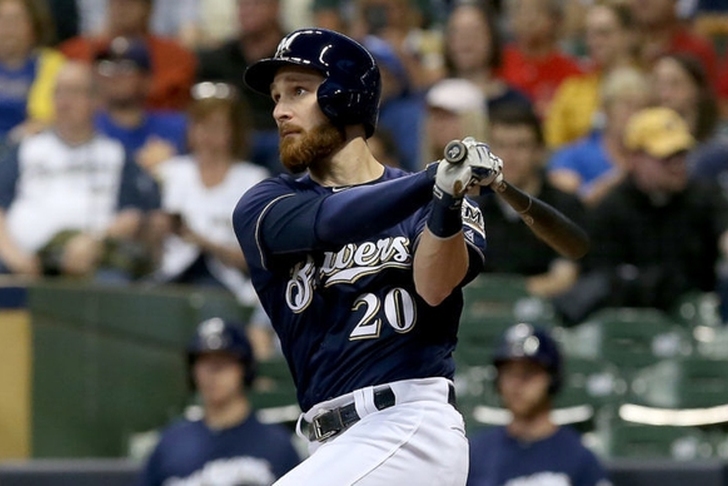 The MLB trade deadline on August 1st is rapidly approaching and there are plenty of trade rumors around the Boston Red Sox. Boston is 55-45, but still 2.5 games back of the AL East lead and holding a slim one game lead for the last Wild Card spot. They've already landed starter Drew Pomeranz from the Padres, but might not be done yet. With that in mind, here all the latest Red Sox trade rumors.

Red Sox After Jonathan Lucroy?
The Red Sox are one of several teams interested in adding Lucroy, the best catcher on the trade market.

#Rangers, #Indians, #Astros, #Mets, #Redsox have been mentioned in Lucroy mix. And believe it or not, there appears to be a "mystery team.''

Lucroy would fill a need, as Christian Vazquez has struggled at the plate, Blake Swihart is hurt (and not great on defense) and Sandy Leon isn't an ideal short or long-term option. However, he might be a bit out of Boston's preferred price range.

Boston Interested In Sale?
If the White Sox elect to trade Chris Sale, he's easily the best starter available. The Red Sox, according to Jon Heyman, are one the favorites to land him.

While one Red Sox person insisted to “look elsewhere” for the likely Sale winner, they remain logical since they have the prospects and as aggressive front office as there is. While baseball president Dave Dombrowski surrendered pitcher Anderson Espinoza and has a predisposition for risk-taking, and the Red Sox already have a trio of great young positional players starring at the big-league level, Dombrowski may not believe it’s prudent to surrender the next great hopes.

The Red Sox have the prospects to get a deal done, with Yoan Moncada and Andrew Benintendi highly regraded within the organization and around the league.

Red Sox Getting Offers?
The Red Sox seem busy at the deadline, and getting multiple offers from other teams.

General manage Dave Dombrowski is still open to making deals, but doesn't feel like the club has to do so. However, there's a report that the Red Sox are trying to do something big. Boston has the prospects and payroll to make another major move, like the ones mentioned above.