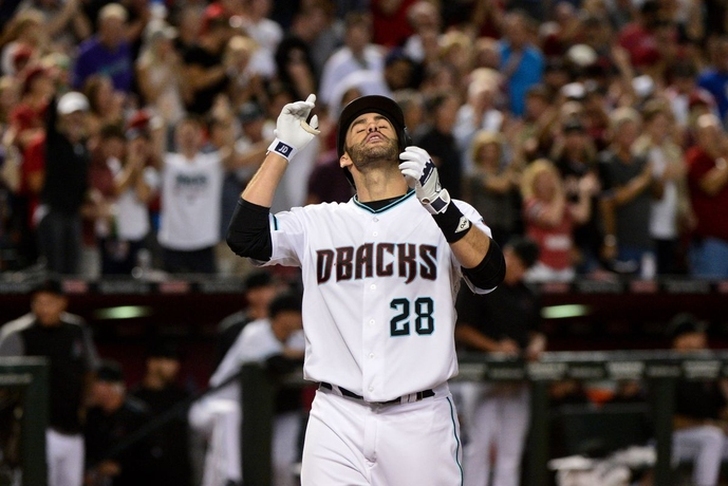 It’s a five-year deal and Martinez can opt out after two years.

After a long pursuit all offseason, the Boston Red Sox are closing in on a deal with free-agent slugger J.D. Martinez, according to Jon Heyman of FanRag Sports.

Free agent outfielder J.D. Martinez is moving closer to a deal with the Boston Red Sox, a source close to the situation has informed FanRag Sports. However, because the deal has yet to be finalized, the specifics surrounding such a pact have yet to come to light.

While a return to the Arizona Diamondbacks remained in the cards throughout the offseason, the Red Sox have also remained on Martinez’s radar as Boston attempts to keep up with the power of the arch rival New York Yankees.

Boston made Martinez their top free agent target this offseason in an effort to add more power to their lineup. The Red Sox only hit 168 home runs as a team last year, which ranked 27th in the league.

However, the two sides were in a bit of a stalemate due to Martinez's desire to receive a six-year deal - Boston was only willing to offer a five-year deal. As a result, he signed a front-loaded five-year deal totaling $110 million.

Martinez hit .303 with 45 home runs and 104 RBIs in 199 games last season with both the Detroit Tigers and Arizona Diamondbacks.