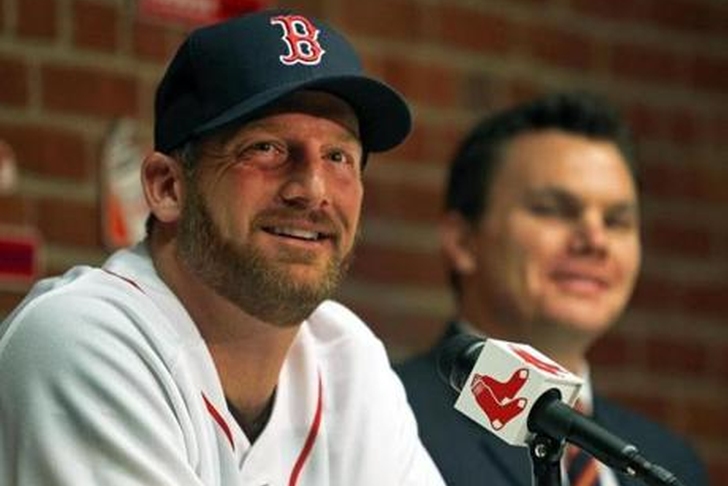 BREAKING: MLB officials have announced that Red Sox pitcher Ryan Dempster will be suspended for five games and fined an undisclosed amount for intentionally hitting embattled Yankees player Alex Rodriguez with a pitch on Sunday night.

Both benches cleared, and Yankees manager Joe Girardi was ejected after arguing with umpire Brian O'Nora.

Later in the game, Rodriguez later hit a home run off Dempster, sparking a rally that led the Yankees back into the game. The Yankees eventually won, 9-6.