Red Sox to trade Koji Uehara before the deadline? 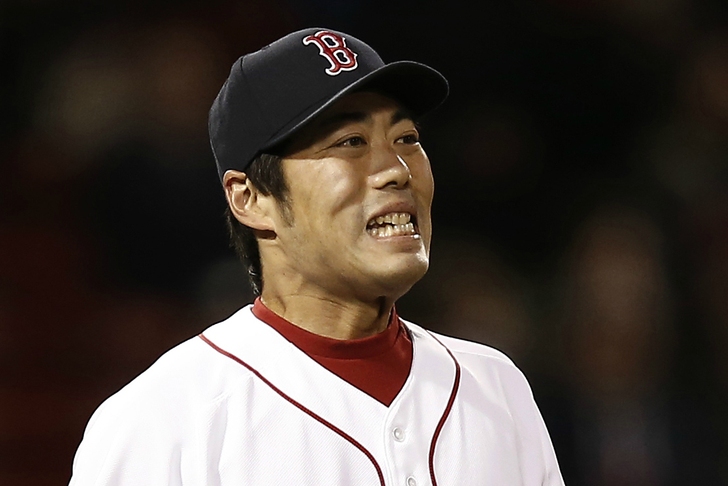 In today's Red Sox rumors and news update, the Boston Red Sox could listen to trade pitches involving closer Koji Uehara before the deadline if they fall off the pace in the AL East and AL Wild Card races.

The Red Sox, fresh off their sweep of the Royals and now only 7½ games out in the AL East, are focused on trying to win. But at the same time, they are talking to teams to gauge potential trades should they fall farther behind. If that happens it appears they would listen on all their potential free agents with the notable exception Jon Lester.

There are a lot of variables in play, but rival teams say that Boston would listen on even superstar closer Koji Uehara, who like Lester is eligible for free agency after the season, if they should fall out of the race.

In a seemingly up-for-grabs AL East, the Boston Red Sox could very well talk themselves into being buyers in the next week or so. Continued success after their weekend sweep of the Royals could thrust them back into serious consideration for a division title within a few days.

However, if the engine starts to sputter by next weekend, don't be surprised if the Red Sox change their tact and the team starts assessing the future value they can obtain from the trade market.