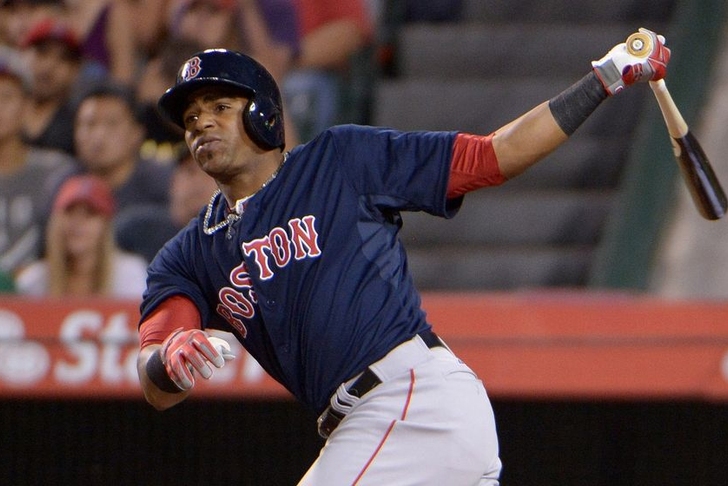 The Boston Red Sox lost out on the Jon Lester sweepstakes, as their former ace signed with the Chicago Cubs. However, Boston is still very active in trying to make several other moves. Here’s the latest rumors from MLB’s Winter Meetings as of Wednesday evening:

The Diamondbacks were listening to offers for pitcher Wade Miley, and it appeared that they had agreed to a deal with the Red Sox on Wednesday afternoon. That apparently wasn't true, as USA Today's Bob Nightengale reported that Boston was never involved in trade talks for Miley. Arizona GM Dave Stewart confirmed as much, telling Chris Cotillo of SB Nation that they're "not talking with Boston".

Boston was been in talks with Detroit about trading OF Yoenis Cespedes for P Rick Porcello, but those talks have failed to gain much traction, according to Michael Silverman of the Boston Herald, though both teams are still trying to reach an agreement. Baltimore has also jumped in on the Cespedes, though nothing is imminent.

Romo is the best reliever currently on the market, and the Red Sox are among several suitors trying to win his services, according to ESPN.com’s Jerry Crasnick. The Yankees, Dodgers, and Giants are all going after Romo as well.

Boston has yet to engage with Philadelphia about pitcher Cole Hamels, whom the Phillies have made available. This is surprising, says ESPN's Jayson Stark, because he was someone the Red Sox were targeting if they didn't land Lester.

They also have interest in catcher David Ross, though they're not close on a deal.