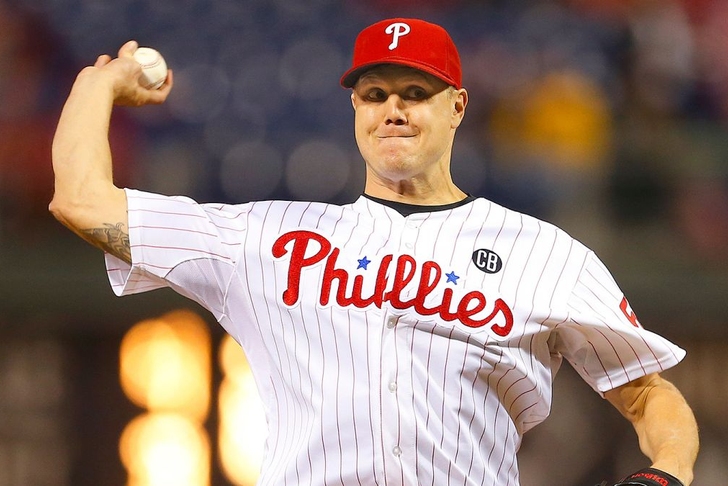 The Philadelphia Phillies are attempting to put together a trade with the Boston Red Sox that would send closer Jonathan Papelbon back to Fenway, per a Boston Globe report.

Here's CBS Sports' Marty Gitlin with his analysis of the proposed deal:

Such a deal could make sense for Boston considering that current closer Koji Uehara has lost a bit of velocity and owns an uncharacterstic 4.15 ERA with two runs and five hits allowed in his last 2 1/3 innings.

Papelbon, on the other hand, has been lights-out. He is 4-fof-4 in save opportunities and had not yielded a run until Sunday. He is also quite familiar with pitching at Fenway, having served as the Red Sox closer from 2006 through 2011. Papelbon is one of only a handful of major league closers that have maintained that role for more than a few years.

Papelbon has long expressed his love and admiration for the Red Sox and the City of Boston, so it may be just a matter of time before a deal gets done.