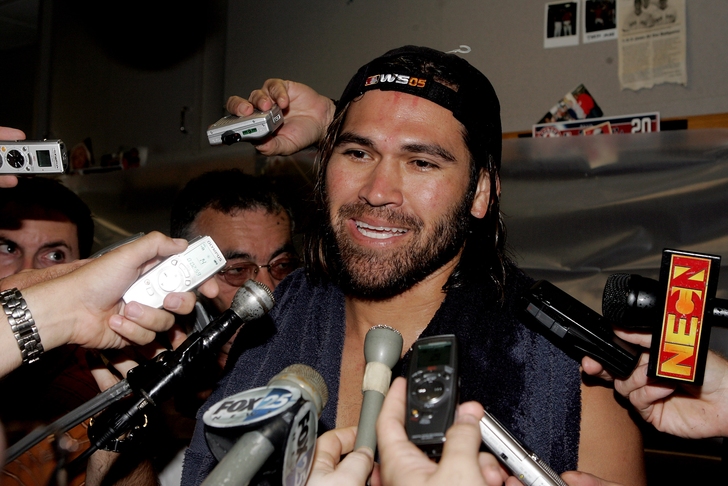 Former Boston Red Sox outfielder Johnny Damon recently revealed on TV reality show "Celebrity Apprentice" that he wasn't on speaking terms with Boston owner John Henry, also claiming that Henry didn't pay him when he was a free agent in '05, per NJ.com.

After his appearance on "Celebrity Apprentice," however, Damon and Henry reportedly reconciled on Twitter, leaving no bad blood to be found between the two.

"I know we tweeted out to each other," Damon said, via Michael Hurcomb of CBS Sports. "I have all the respect for the owners in Boston and what they've done. Three championships since they arrived. There's no hard feelings there. Boston's always going to be a great town for me."

Damon played with the Red Sox from 2002-05, before leaving for the rival New York Yankees in 2006. While some Boston fans still haven't forgiven the former member of the "Idiots" for donning the hated pinstripes, Damon remains a central figure in the lifting of the Curse of the Bambino back in 2004.