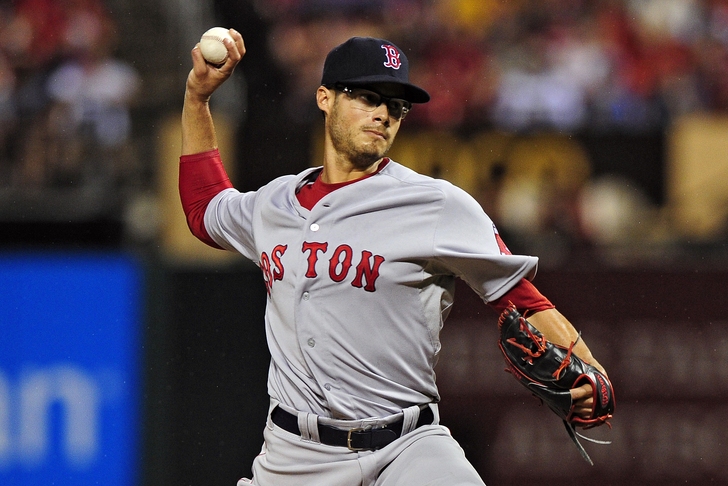 Boston Red Sox starting pitcher Joe Kelly was dominant in his first start of the 2015 MLB season on Saturday afternoon, holding the New York Yankees to just one hit and one earned run in seven innings while striking out eight in the team's 8-4 win at Yankee Stadium.

However, all the attention after the game was on Kelly's glove and the three-letter acronym "MMM" written on it. While there was plenty of speculation that it was just another offbeat quirk for one of the more interesting players in the game, Kelly had a more straight-forward explanation for it after the game.

Motte and Kelly were teammates on the St. Louis Cardinals before Kelly was sent to Boston in July and Motte end up with the Cubs this offseason. After all of the commotion died down, Kelly still had possession of one of Motte's gloves.

“At the beginning of the year in St. Louis, my glove was too small," Kelly said. “We had the same color scheme. I wanted a bigger glove, he wanted a smaller glove, so we ended up trading them. Motte’s glove, that’s for his daughter. He has that in all of his gloves. It’s a 13-inch glove. It’s huge. I try to hide my pitches in my digging into the glove on off-speed pitches."