Red Sox News: Dustin Pedroia "should be fine," no damage in Uehara's shoulder 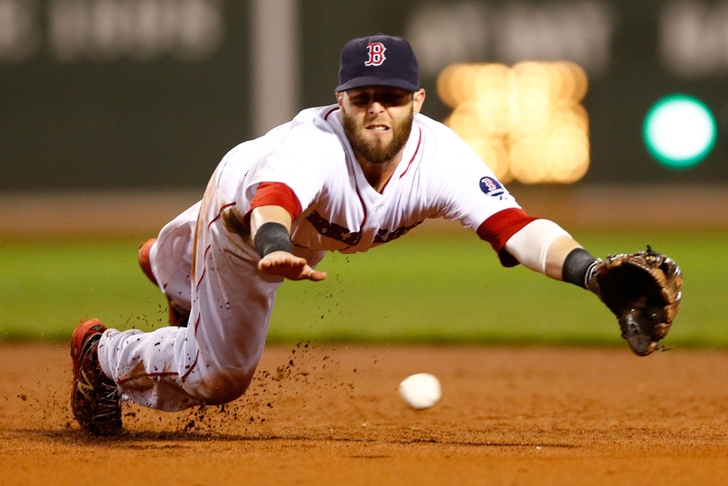 In a relieving bit of Red Sox news for your late Monday night, Boston Red Sox second baseman Dustin Pedroia's recent wrist injury may not be serious after all.

So tweets Pete Abraham of the Boston Herald:

Source: #RedSox 2B Dustin Pedroia (left wrist) should be fine. More tests being done, but injury does not appear serious.

Scott Lauber, also of the Boston Herald quoted a source close to the Red Sox who says that it "sounds like inflammation only," after the Boston Red Sox' star second baseman underwent a litany of tests and an MRI today.

Another piece of good news for the Red Sox today surrounds concerns about closer Koji Uehara's, as Providence Journal writer Tim Britton revealed today that there is "no structural damage in Uehara's shoulder, causing the entirety of Red Sox Nation to breathe a sigh of relief.

Your Red Sox news wherever and whenever you want it. Download our new Chat Sports iPhone app, and follow our Red Sox team page today.