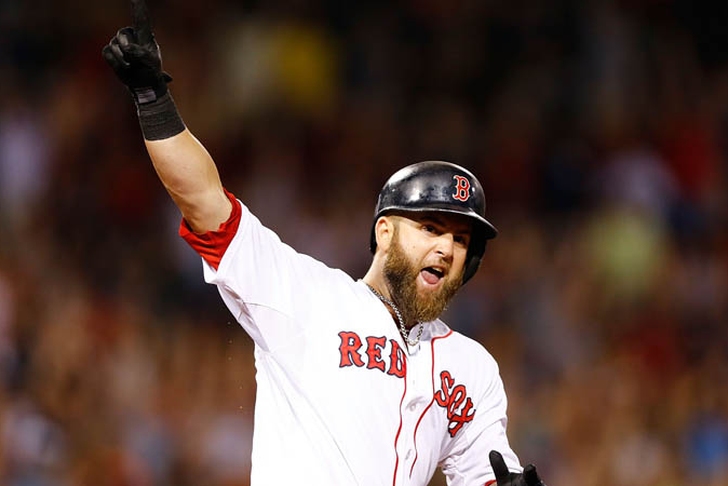 The defending World Series champions head west to face one of the favorites to win it all this year, as the Boston Red Sox visit the Oakland Athletics for a four-game series starting Thursday.

The Red Sox seem to be finally putting it all together, winning five of their last seven to move within four games of the second AL Wild Card.

Oakland, on the other hand, has been clicking all season long - currently holding the best record in all of baseball with the All-Star break less than a month away.

Boston pitchers allowed just 13 runs on their recently-completed seven-game homestand - leading the team to a 5-2 record along with rekindling the team's chances in a muddled AL Wild Card chase.

Momentum, even that of the season-altering variety, can get started in the blink of an eye - usually when a team least expects it.

After Twins outfielder Chris Parmalee homered in the 10th inning on Wednesday afternoon, accounting for the first run off Boston closer Koji Uehara in his past 21 innings of work, the Red Sox were on the edge of a humbling one-hit, 1-0 loss.

However, just like that, back-to-back home runs in the bottom half from David Ortiz and Mike Napoli off of Twins reliever Casey Fien turned a frustrating day into a big one for Boston.

With the win, the Red Sox completed a series sweep of Minnesota - sending Boston off on a critical ten-game road swing with a chance at doing some major damage in the AL standings along the way.

It may still be a while yet until Wham's "Careless Whisper" once again takes over the loudspeakers (and the right field bleachers) at O.co Coliseum.

After landing on the disabled list for most of the month with a hyperextended right knee, A's right fielder Josh Reddick begins his rehab assignment with Triple-A Sacramento on Wednesday night.

However, the A's won't bring Reddick back until they feel close to 100% assured that he will have no ill effects from either the injury or the time off.

"After four days, we'll see where he's at," said manager Bob Melvin, via Jane Lee of MLB.com. "We want him to come back swinging the bat well, and he knows that."

Four days of rehab would most likely place Reddick's earliest return date around Tuesday's road trip opener in New York against the Mets - meaning it is almost assured that Reddick's next game at the Coliseum won't be until 4th of July weekend against the Blue Jays.

Coming off a solid no-decision in a 3-2 Boston loss to the Indians at Fenway on Saturday,  Jake Peavy (1-4, 4.53) looks to make it two quality outings in a row as he opposes Oakland's Scott Kazmir (8-2, 2.05) in Thursday's series opener.

Peavy gave up just one earned run on seven hits against Cleveland - marking the first time in seven starts (May 1st vs. Tampa Bay) that the Red Sox right-hander has given up less than three earned runs.

In contrast, Scott Kazmir has given two earned runs or less in nine of his fourteen outings this season - placing his name at the top of the early list of AL Cy Young candidates.

Between a Brock and a hard place (Boston Dirt Dogs)

Slumping Donaldson gets "change of scenery" in lineup (MyNorthwest.com)