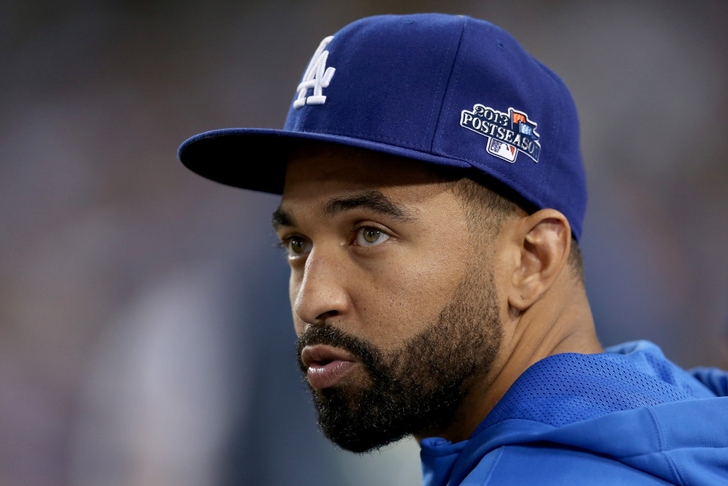 With Winter Meetings in full swing, the defending champion Red Sox will be one of the teams to watch as they attempt to fortify their lineup for next season. While they've already made some moves and are now taking an "opportunistic" stance on the market, they'll still make some moves if the right situation arises. Let's take a look at a few of the Free Agents they could make a play for and a few of the rumored trades they could pursue...

The Dodgers outfielder could be on the move, and Boston is one of the teams monitoring the situation to see if LA gets serious about a trade. A lot depends on Juan Uribe - if the Dodgers can re-sign Uribe, Kemp becomes much more expendable, and we'd expect Kemp trade talks to escalate quickly if Uribe re-ups with LA.

Another name floated as a possible outfield addition, Gutierrez would bring consistency and excellent defense to the Red Sox platoon of outfielders. At 30, he still has several solid years of top-end production left, and if he's available for the right price we'd be surprised if Boston didn't make an offer.

The Sox are "waiting out" the market on Drew to try to avoid overpaying, which is a smart tactic for a club trying to be as opportunistic as possible through the rest of the winter period. Drew could go after a short-term contract in view of re-entering a better market next summer, and the Red Sox would most likely take that low-risk, short-term deal.

The Red Sox would only trade Gomes if they knew they could get back some useful pieces in return, so his status depends a lot on what the market looks like. At 33, Gomes' value is on the decline, so the Sox might be tempted to shop Gomes while they still can.