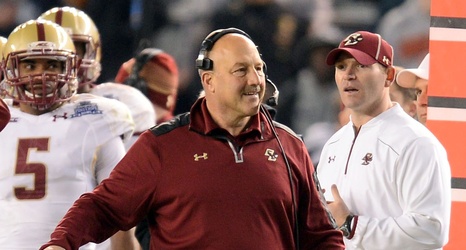 Sophomores Evan Stewart and Aaron Gethers have both announced they are entering the NCAA transfer portal, amidst the departure of Steve Addazio.

Stewart was a three-star safety prospect out of St. Joseph’s Regional New Jersey. He redshirted his freshman year, and was listed as a linebacker this season, appearing in one game. Stewart’s most likely destination seems to be Rutgers at the moment.

Gethers was also a three-star defensive back prospect out of Bishop McDevitt in Pennsylvania, the same high school as wide receiver Kobay White. He was a top DB prospect out of the state his year.